Showing posts from 2007
Show All

Fiddling while the world burns 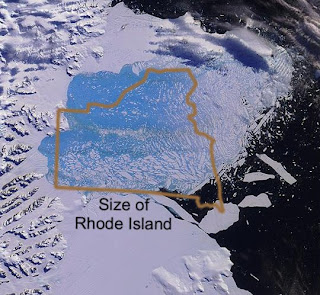 You might be forgiven for opening your Sunday newspaper and thinking the world was saved. The announcement from Bali that the international community had agreed a roadmap for negotiations on climate change appears to be a momentous event. On the face of it things look like they’re going in the right direction. Unfortunately, however, the agreement has a long way to go. Essentially the 12,000-strong contingent in Bali had a meeting to agree to have another meeting. There was no explicit statement on cuts in greenhouse gas emissions by 2020 as the European Union had hoped. Why? The Intergovernmental Panel on Climate Change has just won a Nobel Prize “for their efforts to build up and disseminate greater knowledge about man-made climate change, and to lay the foundations for the measures that are needed to counteract such change” (NobelPrize.org). Larsen B, 2002 (Antarctic Peninsula) Their message couldn’t have been clearer: human activity is having a significant impact on the w
Post a Comment
Read more

The mother of all floods 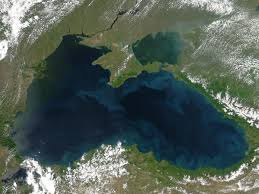 It was around 18,000 years ago that the climate pendulum swung in favour of warmer times. The Earth continued to orbit the Sun as it had done through the ice age but summers in the northern hemisphere started to see a little more warmth. At first, it was just a glimmer; a little extra warmth here and there. Over the next few thousand years, however, the heat from the Sun continued to rise inexorably over the high latitudes of the northern hemisphere. The effect was striking. Temperatures rose 4° to 7 °C and many of the ice sheets in the north began to melt. In North America, the Laurentide Ice Sheet persisted longer than most, although by 9,000 years ago it was a shadow of its former self. As the ice shrank back to the Hudson Bay, some of the water ponded up inland over what is now central north Canada, building a vast lake known as Lake Agassiz. It was only a matter of time before the ice barrier gave way. The Black Sea Sometime between 8,700 and 8,200 years ago the dam
Post a Comment
Read more

Not much of a silver lining 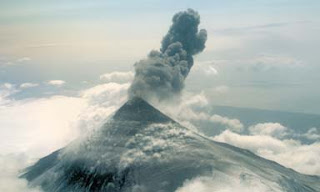 It’s been a mixed news week for greenhouse gases. After last month’s ‘revelation’ that levels were dangerously high, there is a glimmer of hope that it’s not too late to act. But crucially, a new piece of work shows the window of time for dealing with the problem is becoming increasingly small. A natural offset to warming On an Australian Broadcasting Corporation program called Lateline it was suggested that greenhouse gases were now beyond the level considered likely to cause dangerous climate change. Although the amount of greenhouse gases in the atmosphere is dangerously high, this is just part of the story when it comes to warming our planet. Other factors also play a role in controlling the temperature of our atmosphere and some of these help to cool things down - a phenomenon known as ‘Global Dimming‘. One example is sulphur dioxide given off during volcanic eruptions; this can react with moisture in the air to form a fine mist of sulphuric acid droplets. These aerosols
Post a Comment
Read more

Smoke signals from the past

October 04, 2007
Imagine a world of wildly escalating temperatures, apocalyptic flooding, devastating storms and catastrophic sea level rise. This might sound like a prediction for the future or the storyline of a new Hollywood blockbuster but it’s something quite different: it’s our past. In a day and age when we’re bombarded with worrying forecasts for future climate, it seems hard to believe that such things could come to pass. Yet almost everywhere we turn, the landscape is screaming out that the world is a capricious place. The problem is if we don’t tune in, the message is lost. We need to decipher the past and learn from it. George Washington heroically crossing the Delaware In some parts of the world, a few early snapshots of the weather, recorded by enthusiasts, help us. In the eighteenth century, an interest in meteorology was highly applauded. You didn’t have to be hairy and middle aged. A clean-shaven and young Thomas Jefferson kept a weather journal; from this we know it was pret
Post a Comment
Read more

Plain sailing in the Arctic 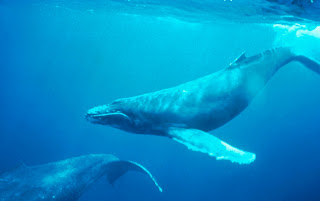 The Northwest Passage is one of those names that conjure up romantic images of bearded explorers with a passion for cannibalism. The Victorian dream of taking a sailing ship through the Arctic to the North Pacific without all that tedious mucking about with South America took quite a few lives. Even with the construction of the Panama Canal, such a route would shave nearly 4000 kilometres off a trip between Europe to Asia. Yet at the end of summer, there’s traditionally been enough sea ice to keep shipping firms at bay. But this is all starting to change. Just this week the European Space Agency announced the first navigable route was open through the ice. Bowhead whales How unusual is this? In 1906 the Norwegian, Roald Amundsen, managed to negotiate his way through the icebergs, and lived to tell the tale - but it took him two years. Essentially, permanent sea ice cover has made such a trip impossible for routine shipping. Working out what the ice did in the past, howeve
Post a Comment
Read more 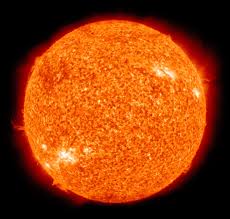 Last night I attended the Australian screening of a rather strange documentary called The Great Global Warming Swindle .  This film contains a bizarre mixture of half-truths, misinformation and fabrications to argue that changes in the climate seen today are not caused by human activity but are in fact the result of the Sun.  To make some sort of case, the program tied itself up in all sorts of knots, often falling back on results that were over 15 years old.  Essentially the broadcast tried to argue there's nothing to worry about, despite the plethora of evidence that suggests otherwise. A favourite for some There was a lot of controversy when the Australian Broadcasting Corporation purchased the wretched thing, but to their credit they set up an interview with the director, had a panel of experts and business people discuss the content and then opened up questions to a live audience. As I sat through the film listening to the nonsense that was being spouted, I suddenly
Post a Comment
Read more 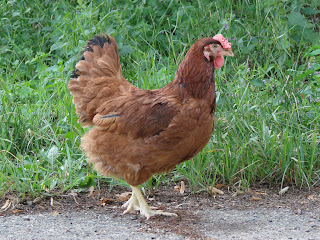 Why did the chicken cross the ocean?  It sounds like a bad joke but some Chilean chicken remains are causing a rethink of Pacific exploration. The Polynesian people of the Pacific were one of the great colonizing cultures of the world. Starting around 2000 years ago, they moved out from the islands of Fiji, Tonga and Somoa.  By AD 1300, they had reached Hawaii, Easter Island and New Zealand. What happened then is unclear.  Did they just stop exploring or continue east and reach the Americas?  Its one of the big unknown questions of Polynesian history.  Up till now there have been several intriguing hints that these great seafaring people made it to the New World.  One of the best clues is the sweet potato. A native of the Andes, this fleshy tuba has been used in the Pacific for over 1000 years.  It seems possible the Polynesians visited the west coast of the Americas and bought the sweet potato back with them.  But not everyone holds with this scenario.  Alternative ideas are tha
Post a Comment
Read more 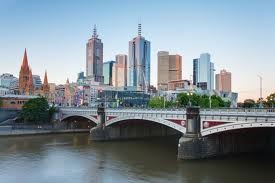 I’m at the 5th World Conference of Science Journalists in Melbourne at the moment.  Its fascinating being here. Normally when you’re at a science conference, there’s a plethora of your colleagues and just a few journalists.  Here, its completely the other way round.  I’m now the odd one out!  Despite this slight unease, the one thing we all have in common is communicating science to the public. Home to the 5th World Conference of Science Journalists We’ve had some fascinating sessions.   A group of us had a panel discussion on the discovery of the hobbit ( Homo floresiensis ) and how the media reported it.   The last half hour was thrown open to the floor and we had quite a chat on why the politics got so much coverage at time (sometimes more than the actual science!).   There was an intriguing point raised that when a newspaper article is printed, that’s pretty much it, but when a television documentary is made, it can be broadcast several times (even if it is wrong).   I’m
Post a Comment
Read more 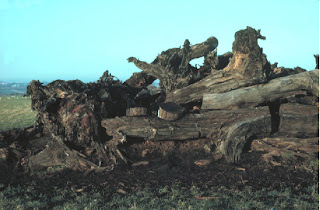 There is something odd going on with certain newspapers around the world.   Just a few weeks ago, the Intergovernmental Panel on Climate Change, better known as the IPCC, presented the first part of their report on the state of the worlds climate.  It contained a worrying vision of a climate out of control.  Yet almost as soon as the ink had dried, several newspapers suggested there wasn’t too much to worry about.  Many made a huge song and dance about results reported by Henrik Svensmark and colleagues in the Proceedings of the Royal Society ( doi:10.1098/rspa.2006.1773 ).  Here, experimental results suggested that cosmic rays  highly energetic particles that form deep in space  might play a significant role in cloud formation.  The idea is the weaker the Sun, the more cosmic rays reach the Earth and the more clouds that form.  Although the research article stopped short of saying what this might mean for past climate, some of the newspapers seemed to suggest that this explained awa
Post a Comment
Read more 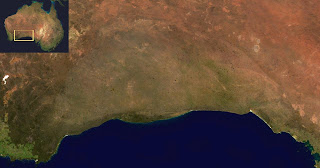 There was a time, yesterday, geologically speaking,  when kangaroos 3 m tall hopped about Australia, elephants roamed North America and 2-m high birds strutted around in New Zealand. Since the end of the nineteenth century, many different writers have noticed that the world does not have abundant creatures over 40 kg. Collectively, these large beasts are known as megafauna. Alfred Wallace, who wrote the first paper on evolution by natural selection with Charles Darwin, noted that we live in a zoologically impoverished world, from which all the hugest, and fiercest, and strangest forms have recently disappeared. We now know that the extinction of many of these creatures was global and that they died out quite recently. Their bones, when explorers and researchers found them, were not fossilized, suggesting their death was a matter of thousands of years ago. But the extinction seems to have happened at different times in different places. Some regions even kept their megafauna.  In
Post a Comment
Read more
More posts