Showing posts from December, 2011
Show All

Quarrying the Antarctic for climate 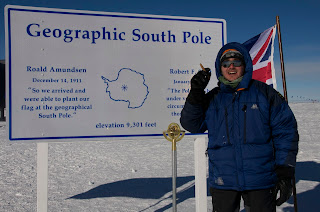 In 1773, Captain Cook described the great southern continent Terra Australis Incognita as ‘A country doomed by nature never once to feel the warmth of the sun’s rays but to lie forever buried under everlasting snow and ice’. But is it? We used to think of Antarctica being completely insulated from the rest of the world, effectively stuck in an ice age which most of the planet finished with 12,000 years ago. Disturbingly, there are signs that the image we’ve conjured up in our minds of a frozen continent is fast disappearing. Across this vast region, the last few decades has seen trends above and below the ice that are far from encouraging. Warming has been observed across large parts of the continent and it seems most probable its down to our high-energy lifestyles that has seen us flood the atmosphere with carbon . We even made it to the Pole for the centenary of Scott's arrival! Thanks to ALE. Unfortunately, Antarctica’s connection to the rest of the world means this sp
Post a Comment
Read more

Review of Ian Plimer's 'How to get expelled from school' 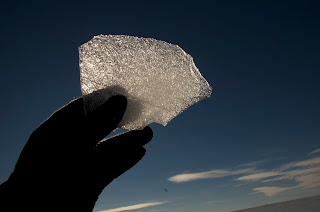 I was in two minds about looking at this book, let alone reviewing it. I had been a real fan of Plimer’s earlier work when he challenged young Earth creationists on their beliefs and showed how they twisted data and used statements out of context to put across a terribly skewed view of our planet. A few years ago I had been sent ‘Heaven and Earth’ to review and had assumed it would do the same with the so-called ‘climate sceptics’. Instead the opposite was the case. ‘How to get expelled from school’ is a follow up, designed to encourage students to question the science of climate change. Scientists have to explain their work to the public; to inspire, to enthuse; to show the relevance of what they do. In a time of austerity, it is no longer good enough to take the public money, keep busy, out of sight, and hopefully out of mind. Scientists largely communicate with one another through journals few people can afford or understand. As a result, efforts to provide a context for the p
Post a Comment
Read more
More posts