Showing posts from October, 2013
Show All

History of Antarctic Exploration in 30 Objects: The Countdown Begins! 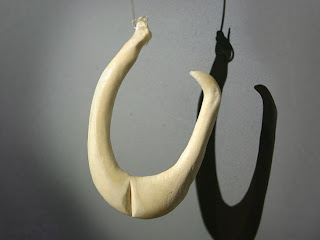 As a general rule, I loathe counting down to a big occasion. Following the passing hands of a clock is not something you would naturally associate with keeping people calm. So when Monday arrived it was with some little trepidation. 30 days before the departure of the expedition would the anxiety levels perceptibly rise? Might the general buzz become subdued? Or would someone freak out and start to panic? I needn’t have concerned myself. There was barely a ripple. No one seemed perturbed by the countdown one little bit. Instead, everyone was strangely exhilarated by the start of the week. True, there was the normal chaos planning and ordering last minute items but the realisation we’re now on the home straight had an energising effect. A Polynesian fishhook dating back to the 14th century from the subantarctic Auckland Islands. See the real thing at the  Southland Museum & Art Gallery, Invercargill, New Zealand . To mark the fast approaching departure of the Australasi
Post a Comment
Read more 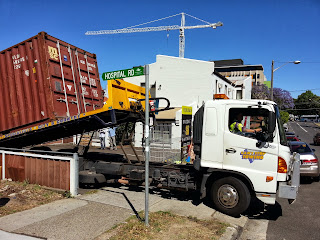 Against a backdrop of smoke-filled air and concern for family and friends in the Sydney bush, we spent last week packing our shipping container with scientific gear for Antarctica. The last month has been a scramble, with Chris and I ordering and receiving ever more equipment, talking to the media, negotiating with various officials – or trying to – and drawing up lists of supplies still to be bought. It’s incredible how quickly time has gone. We leave in just five weeks!  In that time we have to get the equipment to the Invercargill port of Bluff, clear customs and be ready to load our vessel, the MV Shokalskiy, when we take ownership at one minute past midnight on the 27 November. Somehow we appear to be on schedule. The arrival of our shipping container Not a lot has changed over the last century. Preparation for expeditions has and always will be a manic affair. When getting ready for the original Australasian Antarctic Expedition, Mawson’s diary for November 1911 is es
Post a Comment
Read more 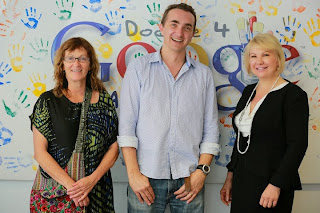 A century ago Mawson and his fellow explorers travelled the world, exciting the public with tales of endeavour and discovery in Antarctica.  Newspaper reports, books, lecture tours, interviews, records, radio and films were all used to capture people’s imagination. The efforts of these early Antarctic explorers to publicise their findings were remarkably effective. The blend of research and exploration was a high point in science communication. The reports of derring-do, extreme conditions, curious wildlife and heroism in the south combined to make scientific exploration headline news one hundred years ago. It was an amazing time, experienced by remarkable people.  The accounts from yesteryear still resonate today; capturing the imagination few – if any – other periods in the history of exploration are capable. And yet with the media available today we have an opportunity to strike up a conversation with a far greater number of people. Thanks to Google, we are trying just that. +
Post a Comment
Read more

Putting the Team Together: A Call for Help 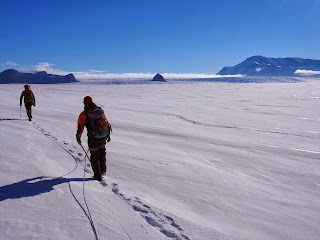 When planning an expedition, it’s essential you put together the strongest possible team, capable of achieving your goals. The challenge is to pick individuals who will get on under almost any circumstance; not something altogether easy from the comfort of a warm and sunny Sydney. Skill sets are one thing but an ability to get on with one another and muck in when the time comes is a very close second priority. The Antarctic explorers Douglas Mawson and Ernest Shackleton were great leaders in this respect. They could recognize the potential in individuals from twenty paces. Shackleton once famously spotted a future expedition member travelling by on the upper deck of a London bus; the great Anglo-Irish explorer rushed outside and secured his participation with much success. Mawson followed Shackleton’s lead in this respect and built his Antarctic ventures around individuals he liked and admired. The key thing was these great explorers and their contemporaries used every avenue possib
Post a Comment
Read more
More posts