Showing posts from 2016
Show All

The Day After Tomorrow 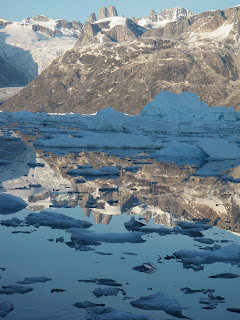 New research suggests something like the movie The Day After Tomorrow may have happened in the past, with sobering implications for the future. In this blockbuster, melting Arctic ice led to dramatic cooling across the Northern Hemisphere, highlighting the paradox that in a warming world, some regions may indeed cool (or at least not warm as much as expected). Whilst no one is suggesting this could lead to a new ice age, climate model projections do suggest some parts of the world may respond differently to long-term warming. One of the big uncertainties is the impact a melting Greenland ice sheet might have across the North Atlantic. At a simple level, the world’s oceans are connected as though by one enormous conveyor belt. At one end of the loop, warm tropical waters popularly known as the Gulf Stream drift up into the North Atlantic where over the course of a year the evaporating surface delivers heat downwind equivalent to the output from a million power stations. It’s a major r
Post a Comment
Read more 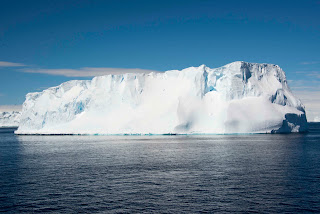 Commonwealth Bay in the East Antarctic will be forever associated with Sir Douglas Mawson’s pioneering scientific venture a century ago: the Australasian Antarctic Expedition. Mawson’s team had only intended to spend one year south, but it was not to be. A sudden turn of events led to tragedy on the ice, the deaths of two men, allegations of cannibalism and, with the return of winter sea ice, an extended stay in Antarctica. While the efforts of Mawson and his men laid the foundations for modern Antarctic science, the region has continued to experience dramatic change. And it doesn’t get any more dramatic than the arrival of iceberg B09B in 2011. The word ‘berg’ doesn’t really do it justice though – B09B is a monster. Weighing in at an estimated 500 billion tonnes, this block of ice is 97 miles long and over 20 kilometres wide. There’s enough freshwater in B09B to provide all of New York’s drinking needs for 300 years. And it started out even larger. In 1987, an iceberg the size of B
Post a Comment
Read more 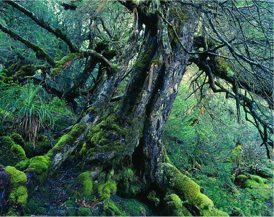 Here at Intrepid Science we focus a lot of effort on trying to better reconstruct past climate and environmental change. The main reason is that by understanding what happened when in the recent geologic record we can reduce the uncertainties surrounding future climate change and its impact(s). But don’t be misled by the term ‘geologic record’. Basically we’re looking beyond the historic record of scientific observations by reading what’s preserved in the landscape – what are sometimes described as ‘natural archives’. Nature has a fabulously diverse library and can include trees, corals and even ice cores. The real test is finding these ‘books’. As a result, the team work around the world unearthing new records. One of our most recent projects is to reconstruct changing drought across eastern Australia and New Zealand over the last 500 years. When Australia experiences a drought, it can cause billions of dollars of environmental and economic damage. A classic example is the ‘Millenniu
Post a Comment
Read more

The First Marine Park in the Antarctic 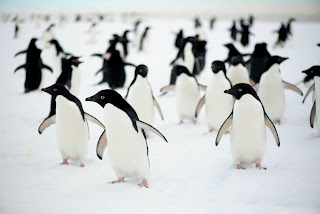 Around one-third of the world's Adélie penguins live in what will become Antarctica's largest Marine Protected Area (credit: A. Turney/Australasian Antarctic Expedition 2013-2014) It’s taken more than five years of bruising negotiations but on Friday the Convention on the Conservation of Antarctic Marine Living Resources made the wonderful announcement that the Ross Sea will become the first ever Marine Protected Area in the south. In Hobart the European Union and 24 nations hammered out a deal that more than one million square kilometres – the largest remaining pristine marine ecosystem left on the planet – will be protected for at least 35 years, a first in international waters. The practical upshot is fishing will be banned in a region equivalent in size to the combined areas of France and Spain where one-third of the world's Adélie penguins, one third of all Antarctic petrels, and over half of all South Pacific Weddell seals live. This new marine park will create a
Post a Comment
Read more 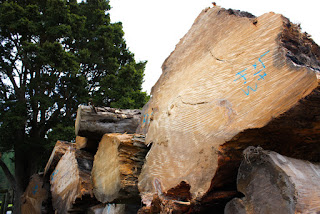 We're very excited. We have a new research paper out using swamp kauri called 'Decadally resolved Lateglacial radiocarbon evidence from New Zealand kauri'. Using ancient trees buried in bogs in Northland, we've been able to stitch together a decade-by-decade record of atmospheric radioactive carbon levels during the end of the last ice age. The result is we have tied together tree-ring records from Europe and New Zealand to significantly improve the radiocarbon timescale, allowing archaeologists and Earth scientists to better understand what happened when over the past 14,200 years. It's taken more than ten years of research but it feels like we've made a big step forward! Swamp kauri over 10,000 years old If you'd like to learn more, the research paper is published in the Cambridge University Press journal Radiocarbon at  https://www.cambridge.org/core/journals/radiocarbon/article/decadally-resolved-lateglacial-radiocarbon-evidence-from-new-zealan
Post a Comment
Read more 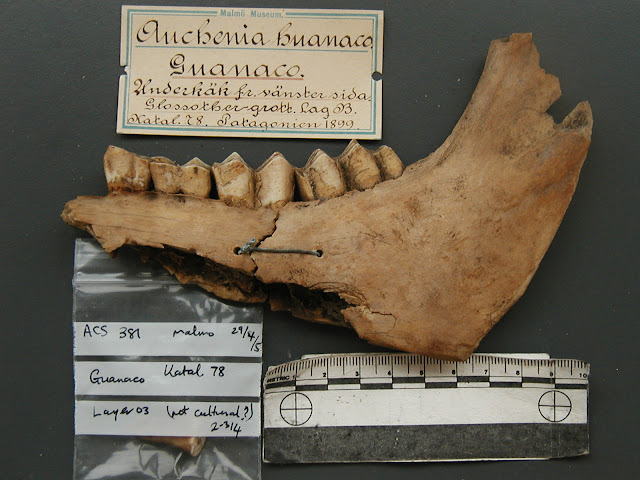 At the end of the last ice age (11,000 to 18,000 years ago), the world suddenly lost some of the most remarkable creatures that ever roamed our planet. Patagonia in southern South America was particularly rich in creatures that could only be labelled bizarre today: elephant-sized sloths, giant jaguar, powerful sabre-toothed cats and an enormous one-tonne short-faced bear (the largest ever land-based mammalian carnivore). What caused their demise is  one of the big geological whodunnits.  Last year you may remember we had a research paper published in Science that looked at megafaunal extinction in North America and Eurasia . Whilst warming looked like it was a driver of the extinctions in the Northern Hemisphere, there was a tantalising hint that humans had also played a role. But disentangling the effects of both was challenging.  To test their roles we have extended our work to Patagonia and the results are now published in the The American Association for the Advancement of Scie
Post a Comment
Read more

CSIRO cuts: as redundancies are announced, the real cost is revealed

CSIRO cuts: as redundancies are announced, the real cost is revealed Chris Turney , UNSW Australia The unfortunate manner in which the latest phase of restructuring of the Commonwealth Scientific and Industrial Research Organisation (CSIRO) has played out has raised questions about Australia’s scientific capability and our ability to meet international responsibilities. Faced with a budget cut of A$115 million, some 275 staff have apparently been identified for redundancy ( though the final number may be as high as 317 ). Many of them are scientists contributing to long-term sea, air and climate science programs. The restructure is geared towards focusing CSIRO’s attention on the question, as framed by chief executive Larry Marshall, of “ how can we find solutions for the climate we will be living with? ” The problem is that the programs at threat form the backbone of national and international research efforts. Virtually all of them are critical for helping us mitigate and
Post a Comment
Read more

Scientists need to engage more with the public to secure funding

Scientists need to engage more with the public to secure funding Chris Turney , UNSW Australia and Christopher Fogwill , UNSW Australia We live in an age when society is crying out for scientific solutions to global problems. Just a few of the many considerable challenges we face include the urgent need to transition to a carbon-free economy, the need for new drugs to combat disease and improved agricultural yields to meet the needs of a growing world population. But in parallel to this increasing demand for science we face worrying trends in Australia and across the wider Western world. From high schools to universities, there is a long-term decline in students in the so-called STEM subjects (science, technology, engineering and mathematics). Meanwhile, government funding in many Western countries is also falling, with Australia continuing to reduce the total science budget . Repeated studies demonstrate public science investment has a strong multiplier effect on the econo
Post a Comment
Read more 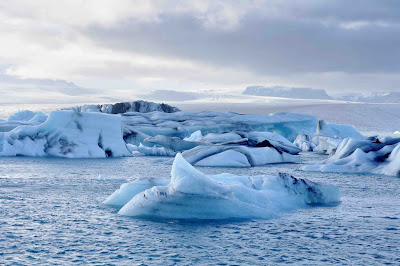 There’s an old sailor’s expression: ‘ below 40 degrees south there is no law, below 50 degrees south there is no God ’. No where is more isolated and extreme than the Antarctic. But while it may be out of sight it most certainly shouldn’t be out of our minds. Cut off from civilisation by the storm-ridden Southern Ocean, the Antarctic ice sheets hold around ninety per cent of our planet’s ice and seventy per cent of its fresh water. There’s so much water in the Antarctic that if only a small proportion of it were to melt, global sea level could rise by several feet, threatening the likes of Dhaka, New York, Sydney and London. The big question is just how much will return to the world’s oceans in a warming world? While previous scientific studies have suggested Antarctica should be relatively immune to higher temperatures over the next hundred years, a spate of recent research has suggested the seventh continent is far from being as omnipotent as we had once thought, with some areas a
Post a Comment
Read more

Cape Denison holds a special place in the history of Antarctic exploration. A small outcrop of rocks on the remote East Antarctic coastline, Cape Denison is forever associated with one of the most spectacular and often forgotten tales of survival. A century ago it was the main base of operations for one of the great explorers of the south: the Australian scientist Sir Douglas Mawson . Privately funded, three bases and one research ship supported a science team that explored a region the size of the United States between 1911 and 1914. Mawson’s Australasian Antarctic Expedition, however, suffered terribly during their time at Cape Denison: a sudden turn of events led to tragedy on the ice, the death of two men, allegations of cannibalism and with the return of winter sea ice, an extended stay in Antarctica. But when they first came upon Cape Denison, Mawson was ecstatic. Greeted by squawking penguins: ‘ We were soon inside a beautiful, miniature harbour completely land-locked. The su
Read more
More posts