Showing posts from March, 2009
Show All

A changing climate in Copenhagen 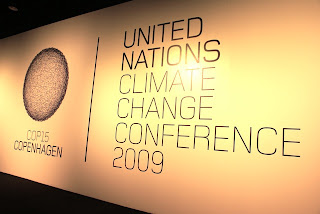 I’ve just returned from a major climate meeting in Copenhagen with a mixture of emotions.  Attended by more then 2000 scientists, the aim was to pull together the very latest in climate change science since the Intergovernmental Panel on Climate Change (better known as the IPCC) made their 2007 Fourth Report on the past, present and future world’s climate. Although the IPCC Fourth Report was an impressive summary of the worrying state of climate, its conclusions were based on science that was published before 2005. Since then a staggering amount of new work has been generated. Given the pace of research and the speed at which change is happening on the ground, this was a fantastic meeting to catch up on the latest thinking. Regardless of whether you attended, you can watch many of the key lectures by going to the conference website .  They’re a great resource for anyone interested in climate change.  Copenhagen negotiations In the IPCC report, a number of different economic
Post a Comment
Read more
More posts