Showing posts from March, 2008
Show All

An hour for planet Earth 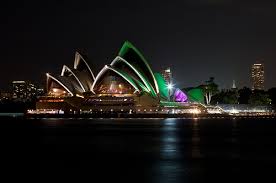 At 8pm yesterday, my family and I joined the world for an hour as we turned off the lights as part of Earth Hour, an initiative launched last year by World Wildlife Fund Australia in Sydney. A relatively small event in 2007, it has kick started a global phenomenon that has become far larger than anyone seems to have anticipated. It’s estimated that some 30 million people took part last night, representing some 26 cities and 300 other locations from across 35 nations. Sydney during Earth Hour Starting at 8pm local time in Suva (Fiji), the lights went out across the west Pacific. Two hours later they were turned off on the Sydney Harbour Bridge. After another eighteen hours had passed, San Francisco’s Golden Gate Bridge was plunged into darkness. It was an inspiring evening. At 8pm across 14 different time zones, people turned off their lights and other appliances. It seems to have captured the imagination of people and groups around the world: Parliament in Canberra turned off
Post a comment
Read more

Economics for the future 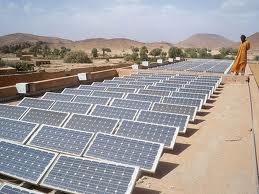 The great American mechanical engineer Frederick W. Taylor once said “It’s easier to make a reporter into an economist than an economist into a reporter.” I must confess I’ve often sympathised with this view; I’ve often found it rather hard on the grey matter to follow the reasoning of some economists. I can see they have a series of logical arguments but getting my head round all of it in one go is often a challenge. On the 12 March I was fortunate to find a seat in a packed lecture at the University of Exeter where economist Professor Lord Stern of Brentford spoke on getting a global deal on climate change. This was not a dry, hard-to-follow monologue on the minutiae of economic theory. Instead, Lord Stern gave a lucid and convincing talk on the challenges we face in minimising the the risks of significant climate change. The economics were there but it was refreshingly understandable. Lord Stern is arguably best known for heading up what is known as the Stern Review ; publishe
Post a comment
Read more
More posts