Showing posts from 2012
Show All

We're off to the Antarctic Patriot Hills! 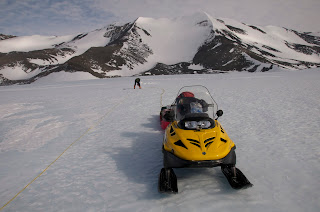 Never has a continent been more misunderstood. Antarctica is on a scale hard to grasp: at over fourteen million square kilometres, it is second only to Russia in coverage of the Earth’s surface and bigger than all the countries of Europe combined. It is the world’s highest continent, with an average altitude of 2300 metres. It contains more than seventy per cent of the world’s freshwater, locked up as thirty million cubic kilometres of snow and ice—which, if it melted, would raise the planet’s seas by an estimated sixty-five metres, easily flooding the likes of Sydney, London and New York. The bitterly cold air on its upper surface contains virtually no moisture, making the Antarctic interior the world’s largest desert, while the rocks that make up the rest of the continent span almost the entire age of the Earth. The wildlife along its fringes is some of the most diverse on the planet. And yet the Antarctic remains one of the last great unexplored regions on our planet. In spit
Post a Comment
Read more

The research behind climate change science 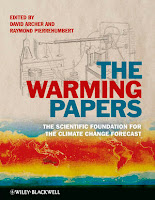 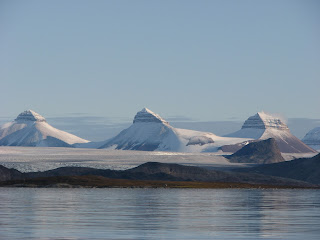 A fascinating scientific study exploring how the planet responds to greenhouse gas forcing was recently reported in the prestigious journal Science. The research by Andreas Schmittner at Oregon University and colleagues, looked at global climate during the last ice age. The idea was to use a concept known as ‘climate sensitivity’ to try to gain some sort of insight into how the world will warm with a doubling of greenhouse gas levels. To do this the team took a two-pronged approach. On the one hand, they used natural measures of past climate preserved in ice, lake sediments, trees and the ocean floor to reconstruct the world’s temperature 20,000 years ago. Alongside this, a series of computer model runs were also made for an ice age world with relatively low amounts of greenhouse gases; the precise levels known from bubbles trapped in ancient Antarctic ice. The climate sensitivity was tweaked in each run until the modelled temperatures best matched those found in the ice age reconst
Post a Comment
Read more 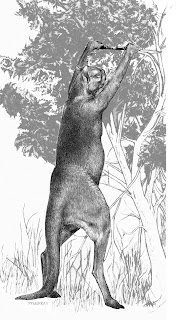 There was a time – yesterday, geologically speaking – when kangaroos 3 metres tall hopped about Australia, elephants roamed North America and 2-metre high birds strutted around in New Zealand. Since the end of the nineteenth century, many different writers have noticed that the world doesn’t have an abundant number of creatures over 40 kilograms. Collectively, these large beasts are known as ‘megafauna’. Alfred Wallace, who wrote the first paper on evolution by natural selection with Charles Darwin, noted that ‘we live in a zoologically impoverished world, from which all the hugest, and fiercest, and strangest forms have recently disappeared’. We now know that the extinction of many of these creatures was global and that they died out quite recently. Their bones, when explorers and researchers found them, were not fossilized, suggesting their death was a matter of thousands of years ago. But the extinction seems to have happened at different times in different places. Some regions ev
Post a Comment
Read more
More posts