Showing posts from June, 2008
Show All

Can we seize the day? 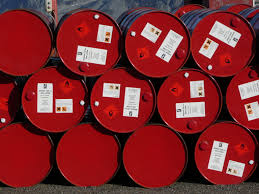 To shamelessly pinch a Mikado song title from Gilbert and Sullivan, there’s a bit of a how-de-do going on in Britain at the moment.  The UK Government has been saying for some time that the nation must significantly reduce its carbon footprint. In 2003, it pledged to reduce the country’s 2050 emissions of carbon dioxide by 60% and has hinted this target might be increased further. As part of the country’s long-term aim to achieve major reductions, the Government recently announced that it would increase the tax on fuel by 2 pence a litre (the first since 1999) and raise the excise duty on high-emission vehicles by £200. From these new initiatives on fuel and vehicles, the UK Government is estimated to raise somewhere on the order of £2 billion. Wouldn’t it be great if this was actually used to make a greener Britain? Unfortunately, with oil hitting $135 a barrel and the fear that production has peaked, the country is feeling the high costs of UK living on the back of a credit crunch
Post a Comment
Read more
More posts