Showing posts from 2017
Show All

Why remote Antarctica is so important in a warming world Chris Fogwill , Keele University ; Chris Turney , UNSW , and Zoe Robinson , Keele University Ever since the ancient Greeks speculated a continent must exist in the south polar regions to balance those in the north , Antarctica has been popularly described as remote and extreme. Over the past two centuries, these factors have combined to create, in the human psyche, an almost mythical land – an idea reinforced by tales of heroism and adventure from the Edwardian golden age of “heroic exploration” and pioneers such as Robert Falcon Scott , Roald Amundsen and Ernest Shackleton . Recent research , however, is casting new light on the importance of the southernmost continent, overturning centuries of misunderstanding and highlighting the role of Antarctica in how our planet works and the role it may play in a future, warmer world. Heroic exploration, 1913. wiki
Post a Comment
Read more

Revenge served cold: was Scott of the Antarctic sabotaged by his angry deputy? Scott and his team at the geographic South Pole, January 18, 1912. National Library of Australia Chris Turney , UNSW On February 11, 1913, the world woke to the headline “ Death of Captain Scott. Lost with four comrades. The Pole reached. Disaster on the return ”. A keenly anticipated, privately funded scientific venture “off the map” had turned to tragedy. Previous reports had described the polar party of the British Antarctic Expedition striking out confidently just 2.5º latitude from their objective: the geographic South Pole. The journals and letters recovered from the bodies, however, told a tale of heartbreak and desperation : the explorers were shattered to find themselves beaten to the pole by Norwegian rival Roald Amundsen, and weakened terribly during their journey back to base. Of the five men in Captain Robert F. Scott’s party, Petty Officer Edga
Post a Comment
Read more 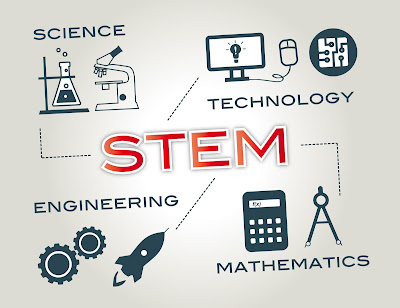 The great American scientist Carl Sagan once remarked ‘ If we teach only the findings and products of science — no matter how useful and inspiring they may be — without communicating its critical method , how can the average person possibly distinguish science from pseudoscience ? ’ Forty years after these words were penned , Sagan ’ s concern could not be more prescient . We live in an age where ‘ alternative facts ’ are fast becoming a defendable point of view , where expert opinion is now routinely considered as just one point of view . There is clearly a need for a more scientifically literate society, one better versed in critical thinking. But the prognosis is not positive. Across the Western World, countries like the USA ,   UK and Australia , report an alarming fall in the number of students taking science, technology, engineering and mathematics – the so-called STEM subjects. Sadly, multibillion dollar budget cuts
Post a Comment
Read more
More posts